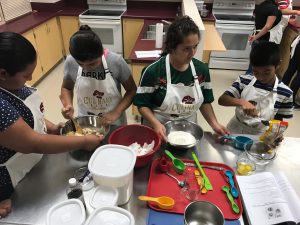 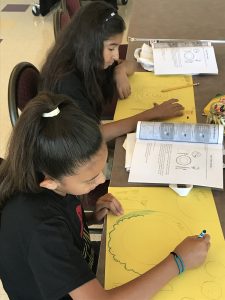 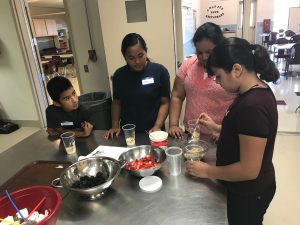 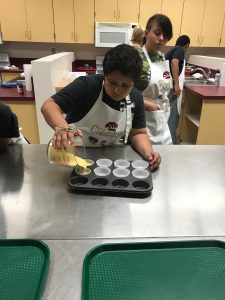 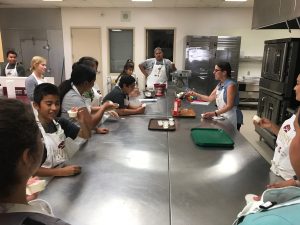 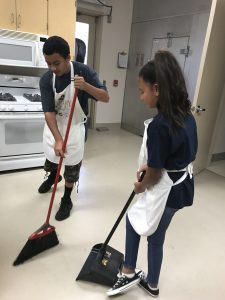 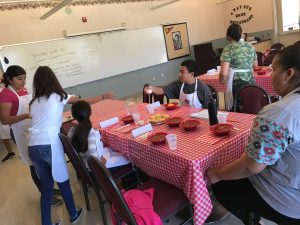 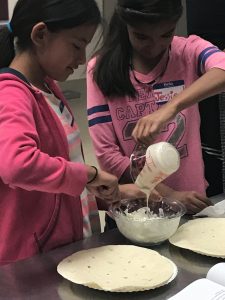 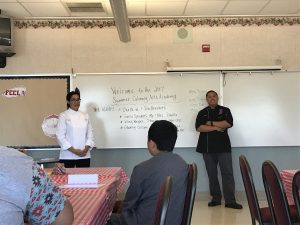 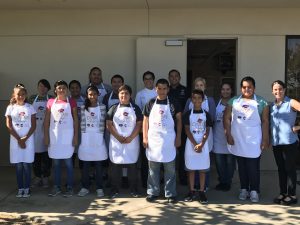 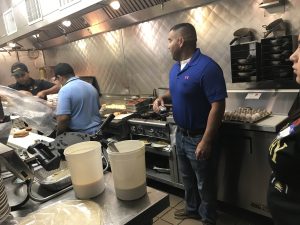 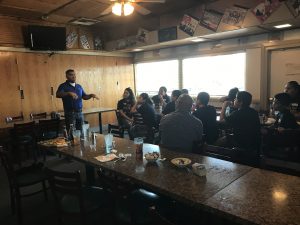 Lead teacher, Jill Pickett, oversees the Foods, Service and Hospitality Pathway at Cesar Chavez High did a great job planning and implementing the four-day academy at CCHS. It was for incoming eighth-graders so they can get a true experience of what to look forward to when they enter high school.

Students learned about preparing healthier meals and gained valuable experience from Industry professionals who were guest speakers during the week. Our district is looking forward to future collaboration with all partners to offer Culinary Academies next summer.

Paul Chavez, Director of Career Technical Education and Pathways at DJUHSD, called the academy a great success that showed a great pathway partnership between an elementary school district, a high school district, and a community college. “We hope to expand this enrichment opportunity in 2018,” Chavez said.

“We are elated to partner with Bakersfield College and the DJUHSD to offer this unique summer academy to our middle school students,” said April Gregerson, Assistant Superintendent DUESD.

“They not only received an introduction to the world of culinary arts, but they learned valuable lifelong skills that will enable them to prepare healthy and delicious meals,” Gregerson said. “Partnerships like this make learning more meaningful by allowing students to develop a mindset that their efforts in the classroom will lead to fulfilling careers in the future.”

The intent of the collaboration was to design a pathway in culinary arts starting in middle school. CCHS home economics instructor, Jill Pickett, developed a four-day curriculum to teach students the basics of safety and sanitation, meal preparation, proper kitchen tool usage, hands-on cooking lessons, and etiquette. Pickett had the support of three student leaders who she says were essential to the success of the lessons.

Each day the students learned how to prepare a meal from scratch which they would eat as their lunch. BC’s Chef Eric Sabella and Chef Lupe Sabella, Executive Chef at Kern Medical, were recruited to speak to the students about their education and experiences in culinary arts.

The program concluded on Friday, June 30 with a tour of the kitchen facilities and lunch at Perko’s Café in Delano by Sergio Herrera, owner and manager. He also shared his experience in the restaurant industry with the students.

More From BUSINESS Go To The BUSINESS Section

The Kern County Sheriff’s Office Cadet Unit #519 is holding a recruiting event on Saturday, May 15 at Standard Middle School

Community Action Partnership of Kern has teamed up with Kern County Library to launch Story Tours, a new bookmobile service that will bring Library services to communities across District 4

Delano barber and businessman Juan Carlos Gonzales, 37, passed away on Sunday, Sept. 5. Services will be Wednesday and Thursday