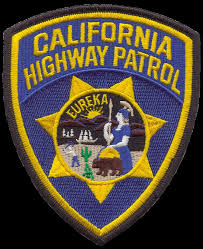 A 47-year-old Earlimart man was killed Friday morning when he crashed his pickup truck after initiating a short pursuit with a California Highway Patrol officer.

On Friday, Sept. 11, at 7:56 a.m., a Hanford CHP Officer observed a 2006 Chevrolet Silverado traveling at a very high rate of speed near  Highway 41 and Quail Avenue. The officer tried to make a traffic stop and a short pursuit ensued.

As the pursuit passed 22nd Avenue, the pickup’s driver lost control, overturned on the east dirt shoulder, and was ejected from the vehicle.

American Ambulance responded and transported the driver to Adventist Medical Center in Hanford where he died from his injuries. The driver’s identity is not being released at this time until the notification of his relatives. At this time, the crash remains under investigation and it has not been determined if alcohol and or drugs were involved.

Any questions regarding this accident can be directed to the Public Information Officer Derek Saldana at the CHP Hanford Office at (559)582-0231.