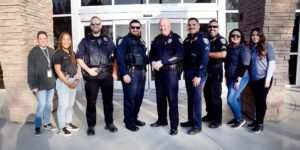 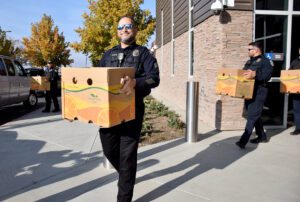 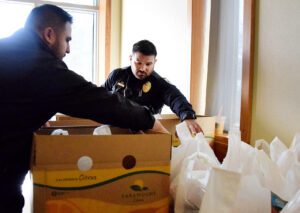 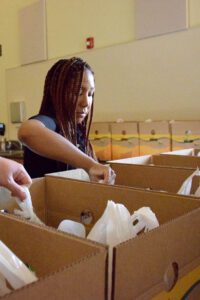 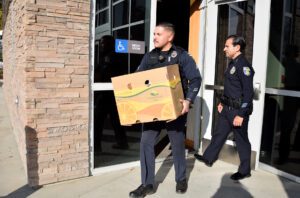 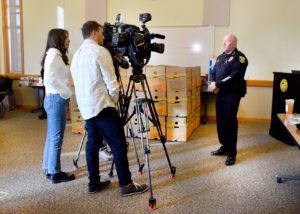 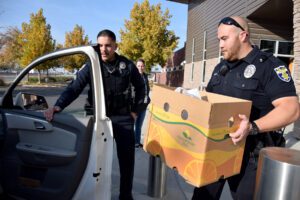 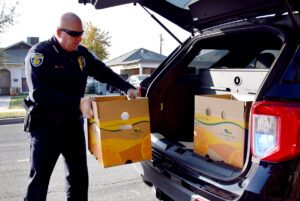 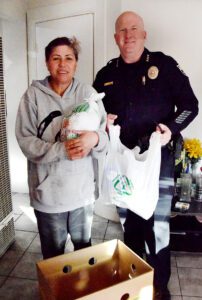 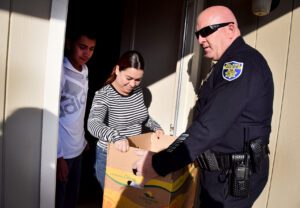 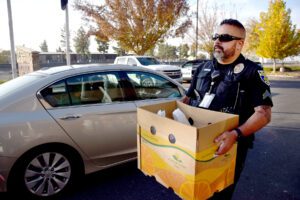 “Besides our support from DPOA and others in the community, we have had help from every division within the department,” Stites said. “It has been a godsend. Some of our people are actually working, while others are here on their days off or their shifts don’t begin until tonight.

“It is great to see so many people here helping out today,” he added.

Starting around 2:30 p.m. Tuesday, families drove up in their vehicles while uniformed police employees greeted them with waves and “Happy Thanksgiving!”

Then someone would check their name off the list, and other would provide them with for what many folks is their only chance of a full holiday meal.

Chief Tyson Davis thanked the DPOA and his officers, staff, including Stites, who has been organizing the event since it began 5 years ago.

“This is something that is put on by our officers and staff,” Davis said. “Thank you for giving back to the community we serve.”

Stites said the remaining 100 extra turkeys and fixing were donated to Flood Ministries, which provides food and other vital services to Delano’s homeless population.

“I want to thank our community for supporting it’s police department!”