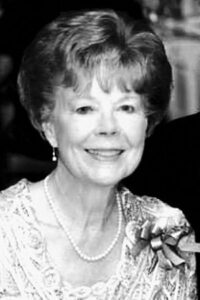 A long-time Delano Union School District staff member is being remembered for her dedication to the district’s students, and to the Delano community. Wava Billingsley-Hocking passed away in January at her home in Bakersfield.

Billingsley-Hocking moved to southern Tulare County as a child. She graduated from Tulare Union High School in 1952. Her college work included an A.A. degree from College of the Sequoias, a Bachelor’s degree from Fresno State College (now CSU, Fresno) in 1959, and a Master of Arts degree from Fresno State in 1964. She completed a total of five different credentials pertaining to education during her lifetime.

She began her 42-year career with the Delano Union School District in 1957 when she accepted a Grade 4 teaching position at Cecil Avenue Elementary School (now Cecil Avenue Math and Science Academy). She remained in this position for 10 years. She also served as a learning specialist in the district.

In 1976, she was named coordinator of Federal programs, which monitored the proper spending of funds coming into the district from the federal government. The following year, she served as director of State and Federal programs for seven years.

Throughout the remainder of the 1980s, she worked as coordinator of Compensatory Education/ Federal Projects Administration and coordinator of Special Projects, which involved use of funds from various state and federal funding.

During this time, Mrs. Billingsley-Hocking helped to bring the district’s first before- and after-school program to the district. The Superstar program served students from kindergarten through Grade 3 from 5:30 a.m. to 5:30 p.m. year-round at Del Vista, Fremont, and Terrace schools. She also helped to develop the district’s current preschool program.

In the early 2000s, Mrs. Billingsley-Hocking returned to the district as a consultant, where she served as administrator of Human Resources.

Mrs. Billingsley-Hocking and her first husband, Wayne Billingsley, were involved in several business ventures during the time they lived in Delano. She was also involved with PEO International and was an active member of Alpha Delta Kappa, an honorary organization of women educators.

DUSD Superintendent Mrs. Rosalina Rivera, who worked with Mrs. Billingsley-Hocking, stated her professionalism, caring and gracefulness as a friend and as a DUSD employee.