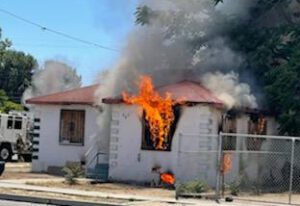 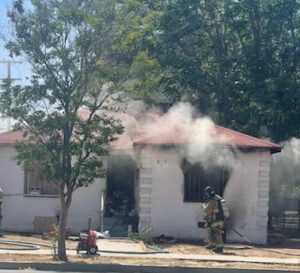 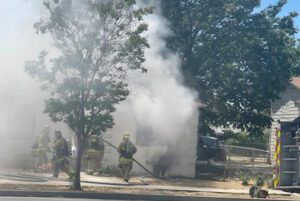 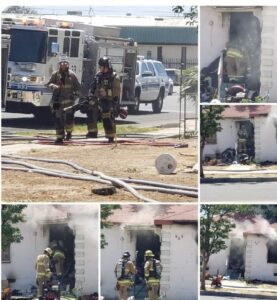 Kern County Firefighters were dispatched to a downtown Delano house fire at Friday, May 6, afternoon where witnesses reported flames and smoke coming from the inside and outside the home, fire officials said Tuesday.

The fire at the home, at 605 Main St., began at 2:15 pm. In all, 17 firefighters battled the blaze. While responding, they could see a column of smoke from a distance.

Upon arrival, firefighters confirmed they had a working structure fire with smoke coming from all window openings of an abandoned house, unknown if vacant, officials said. Investigators are still  trying to determine what sparked the blaze.

People on scene reported that the structure was not vacant, and there was possibly one person inside. Firefighters began removing bars from windows and doors to forcibly enter the home.

The firefighters who entered the building began a search for the potential victim while simultaneously working to put the fire out. A knockdown on the fire was knocked down at 2:49 p.m. and a search found nobody inside.