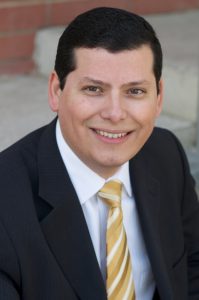 “I am honored to receive the support of law enforcement for my re-election,” said Assemblymember Salas.  “I am especially proud that in working together, we secured millions of dollars to improve public safety and emergency response operations to better serves our families throughout the district.”

• CPCA represents municipal police chiefs and their agencies and provide public safety for more than 26 million Californians.  In their letter they state, “We look forward to working closely with you.”

• CAHP is the largest state police agency in the United States, representing both active and retired highway patrol officers throughout the state.  In their letter they wrote, “members of the CAHP ae
sincerely appreciative of having the opportunity to work with you.”

• ALADS represents the largest association of deputy sheriffs and district attorney investigators in the United States.

Assemblymember Salas represents the 32nd Assembly District which is comprised of Delano, part of the city of Bakersfield, and the cities of Arvin, Avenal, Corcoran, Hanford, Lemoore, McFarland, Shafter, Wasco and the communities of Armona, Buttonwillow, Home Garden, Kettleman City, Lamont, Lost Hills, Stratford and Weedpatch.