Longtime Delano man Dominic Logrecco says secret to turning 105 on Saturday, May 21, is to “Think Young!” 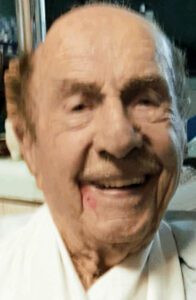 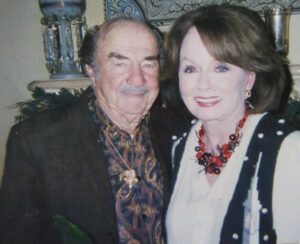 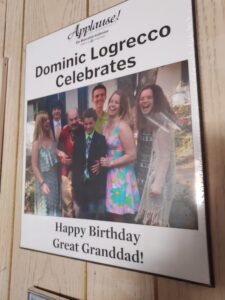 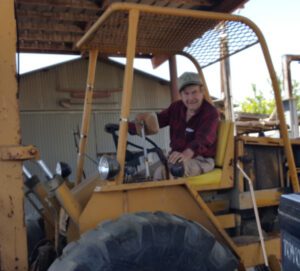 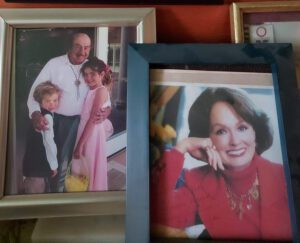 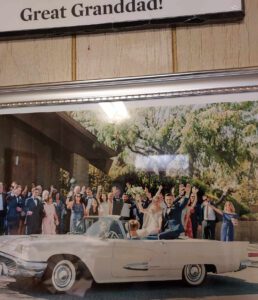 THINK YOUNG!
Longtime Delano resident Dominic Logrecco celebrated his 105th birthday  Saturday May 21.
When asked what the secret is to his longevity his answer is to “think young.”
Mostly independent, he still drives, grocery shops, cooks his own meals and tends to his fruit and nut trees. Born in Chicago in 1917 his family moved to Los Angeles when he was 18-months-old and later relocated to Delano where in 1948 he purchased a 40-acre farm and became one of the top grape growers in the area.
He loves to reminisce about his trips to Las Vegas where he befriended several Hollywood personalities including Tony Bennett and Ann Blyth who played Veda in the classic Oscar-nominated movie “Mommy Dearest.” Their friendship grew and remain friends to this day.
Always upbeat he loves to make people laugh with his plethora of many jokes. Dominic is a veteran of the Korean War. He has travelled to the country of his ancestry – Italy and is a member of the Enrico Caruso Lodge, Visalia chapter of IL Leone, (OSIACA.org), Order Sons and Daughters of Italy in America.
He has three daughters, four grandchildren, seven great-grandchildren, one of whom was recently married and continue the family’s tradition of riding in Dominic’s 1959 Ford Thunderbird.
Congratulations to Dominic as we celebrate his legacy and commitment to his stellar work ethic and strong family traditions. HAPPY 105th BIRTHDAY!!
And in his words: “THINK YOUNG and never think about your age.”