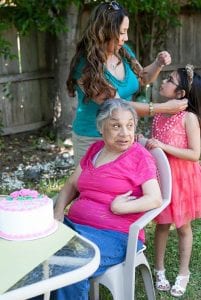 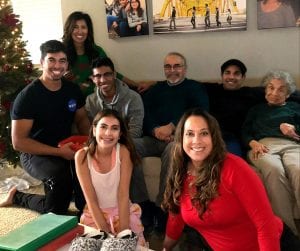 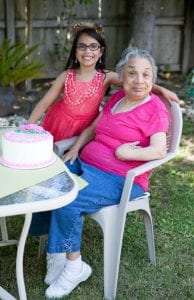 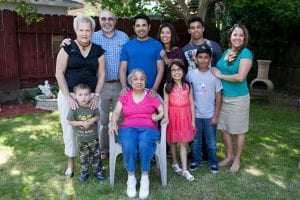 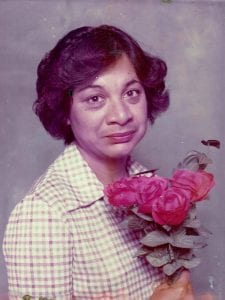 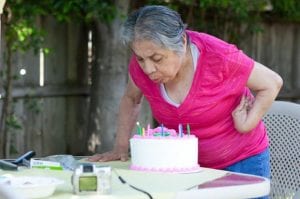 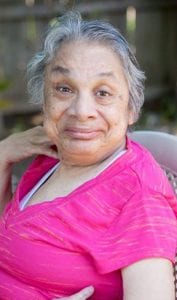 Submitted by the Plascencia family

The family of Mary Yolanda “Yollie” Plascencia, 74, formerly of Delano, has reported that she passed away in Sacramento on March 10, 2020.

Yollie was born in Bakersfield, California, April 27, 1945, but grew up in the loving home of her parents, the late Ramon and Gregoria Fierro Plascencia, along with her brother, Raul, and sister, Norma Cervantes.

She lived in Delano for most of her life, growing up on Clinton Street across from Our Lady of Guadalupe Church.  She moved with her mother to Elk Grove, California in 2006 after a serious injury to her mother.

Her family has a lengthy connection to Delano.  Her mother, the late Gregoria “Golla” Fierro, was crowned Delano’s Cinco de Mayo Queen in 1938.  Golla’s brother, Manuel V. (Manny) Fierro, was one of the earliest Delano High Tiger pitchers to sign a professional baseball contract.  He pitched in the Cleveland Indians organization, including the 1949, 1951, and 1952 seasons for the Bakersfield Indians (source: www.baseball-reference.com/register/player.fcgi?id=fierro001man).

Both Golla and Manuel were honored in local parades.  Golla was in the 1938 Cinco de Mayo parade, and years later was in another such parade that included alumni queens from yesteryear.  Manuel was honored in a “Manny’s Day” parade in Delano, year unknown.

Yollie succumbed to complications of advanced ovarian cancer that was discovered only eight days before her death.  In her 74 years, she enjoyed spending time with her friends and family. As an animal lover, there was never a stray cat or dog venturing on the property that she not nurture.  Yollie’s favorite pastimes include watching episodes of “I Love Lucy” and “Gilligan’s Island.”  She also enjoyed shopping and eating out at new restaurants in town, her go-to dishes always being chow mein, meatloaf or tacos.

Yollie faced numerous health challenges since infancy, but faced them with an indomitable spirit.  With cerebral palsy and partial paralysis of her left side, she had the use of only her right hand.  Despite this, she enjoyed the challenges of mastering her penmanship, completing jig-saw puzzles, and practicing needlepoint.

The family gratefully acknowledges the loving care she received from Lea Vicio and staff at Vicio Care Home in Elk Grove for the past 11 years.  She was truly loved by all and will be greatly missed.