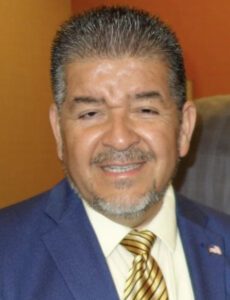 By Pastor David Vivas Jr., World Harvest International Church, Delano Memorial Day, formerly known as Decoration Day is a federal holiday in the United States remembering U.S. military personnel who died while serving in the United States armed forces. This is observed on the last Monday in the month of May.These brave men and women adhere to the following oath:“I, ____________________, do solemnly swear (or affirm) that I will support and defend the Constitution of the United States against all enemies, foreign and domestic; that I will bear true faith and allegiance to the same; and that I will obey the orders of the President of the United States and the orders of the officers appointed over me, according to regulations and the Uniform Code of Military Justice. So help me God.”During this Memorial Day, as you gather with family or friends to relax, have a bar-b-que or go about your daily business, let us never forget our fellow Americans who laid down their lives so that we in the United States can continue to enjoy our freedoms as guaranteed in the U.S. Constitution. If you have never read the U.S. Constitution, I would strongly encourage you to do so.Many members of the U.S. Military died in previous wars throughout the history of the United States (Revolutionary War, War of 1812, American Civil War, Spanish-American War, WW I & II, Korean War, Vietnam War, Gulf War, War in Iraq, War in Afghanistan). They sacrificed their lives, never returning to their family. These unselfish men and women loved the people of the United States and U.S. Constitution. Our American Flag represents these freedoms, signifying we are “one nation under God” and guaranteeing “liberty and justice for all.”On this Memorial Day, let’s be thankful for these brave men and women who sacrificed their lives. Never take for granted or disrespect our U.S. Constitution, the American Flag or U.S. Military personnel.You can follow Pastor David Vivas, Jr on his Facebook page at www.facebook.com/pastordavid.vivas